I'm pleased to announce the release of JBrowse 1.16.1! This release offers a variety of small bugfixes for cross-origin resource fetching, BAM files, and JBrowse desktop.

It also contains a fix that helps very large track lists to have a faster initial load for the Hierarchical track selector specifically.

I am very pleased to announce the release of JBrowse version 1.16.0!

A major new feature of this release is the introduction of paired read visualization options!

And rather than delivering just one type of paired read visualization, there are many options for this including:

There are also multiple coloring options for each type of view, including coloring by insert size (so abnormally large inserts are colored red for example) or pair orientation. Here are some example screenshots to help demonstrate

Figure 1.standard pileup view with paired and unpaired modes on the same data. 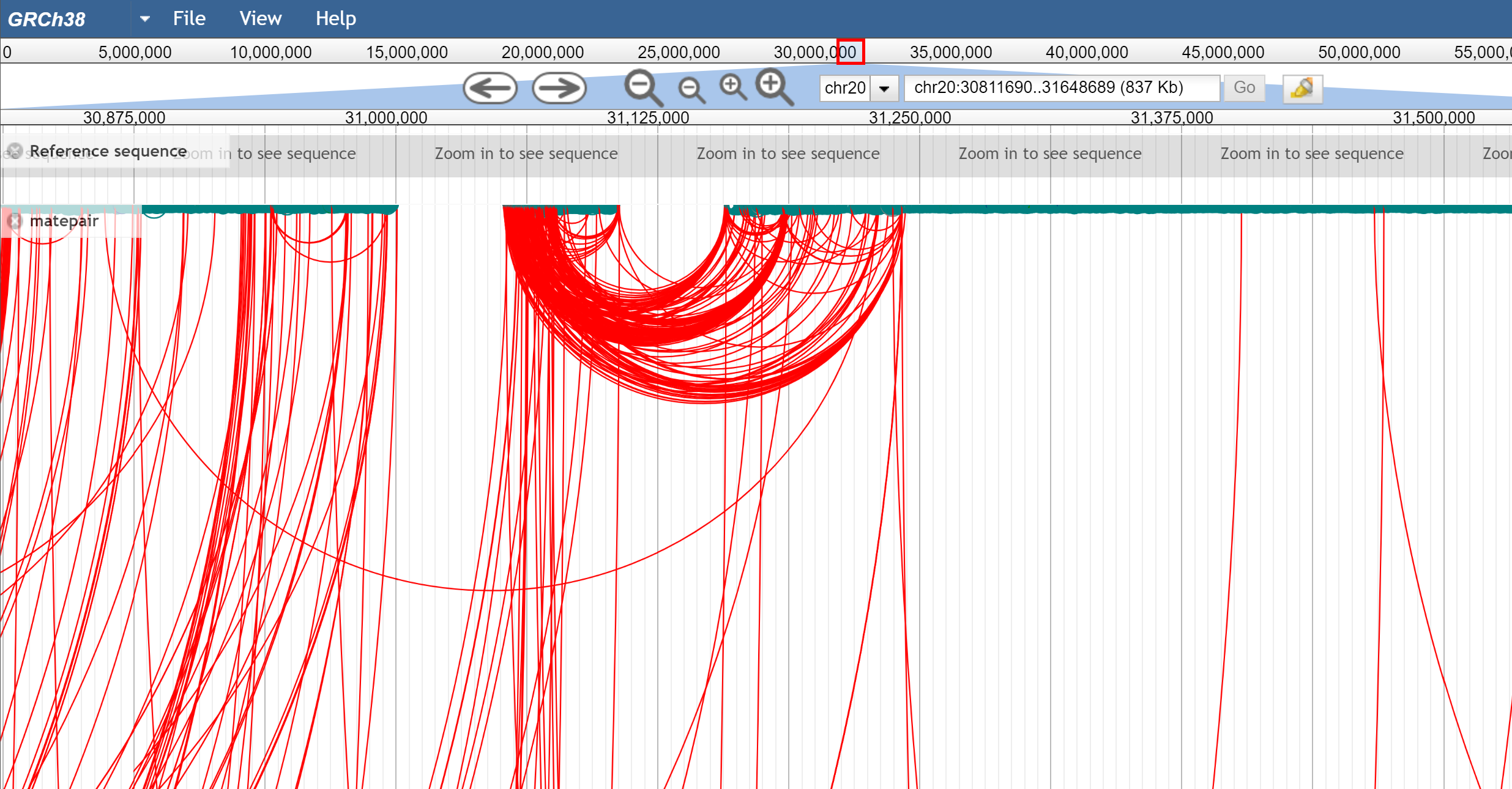 Figure 2. arc view which shows many long-range connections from a mate pair dataset.

JBrowse version 1.16.0 also contains many other features and bug fixes, so please review the changelog below! Also make sure to view the paired read documentation for more information on the paired read options.

JBrowse 1.15.4 has been released! This release allows you to use bgzip indexed FASTA, adds a new categoryOrder config for sorting the Hierarchical track selector, and more! Thanks to everyone for their feature requests and bug reports, and enjoy!

JBrowse 1.15.3 has been released! This contains an bugfix introduced in 1.15.0 where typing a reference sequence name in the search bar did not navigate to it properly. It also contains a cool feature where "ultra minimal configs" can be specified by simply specifying a track label and urlTemplate

For example, a directory containing indexed files like VCF, BAM, GFF3 tabix, and indexed FASTA can have a config simply like this in tracks.conf

JBrowse 1.15.2 has been released! This contains a couple nice features including estimating feature density directly from the index file of BAM, VCF, and other tabix formats. We also updated the website with a new blogging and documentation platform! Please try it out and give us feedback.

At long last, JBrowse can open and view CRAM v2 and v3 files just like BAM. In fact, viewing CRAM files can sometimes be even faster than viewing BAM files, because there is less data to move around! Enjoy CRAM support, we all worked really hard to bring it to you! Getting started with CRAM is easy, just use the JBrowse/Store/SeqFeature/CRAM store and the Alignments2 track type, just as you probably are already with BAM files. It works with local files too, of course!

Another big development, JBrowse Desktop has matured to the point where we can recommend it without reservation to those looking for a fast, easy to use desktop genome browser for local and remote files. From now on, we'll be publishing builds of JBrowse Desktop for Windows, Mac OS, and Linux alongside the regular JBrowse releases. Download it and give it a try, let us know what you think! Huge congratulations to Colin Diesh (who is now a full-time JBrowse developer!) for thinking of this, and seeing this amazing development through. I think you will be quite pleased with how well JBrowse runs on the desktop!

Also, JBrowse now supports CSI format indexes for BAM fiels and Tabix-indexed (VCF, GFF3, etc) files. Now your BAM files can be even bigger. As if they weren't huge enough already. This continues our very serious commitment to make JBrowse effortlessly usable on even the biggest datasets.

Lastly, JBrowse now sports a nice new text-searching interface accessible from the View → Search menu item in the top bar. This was a cool idea that came out of discussions last month at the GCCBOSC 2018 CollaborationFest, and was executed with alacrity by Colin!

As always, read on below the fold for the full release notes, including minor improvements and bugfixes. And thanks for using JBrowse. 😁

This release includes two major improvements, the first being that it's no longer strictly necessary to run JBrowse inside an <iframe> when embedding it in another site or webpage. Big thanks to Lacey Sanderson for championing this feature, and we look forward to working with the Tripal team toward a better JBrowse integration!

The second major improvement is in displaying data from BigBed files. Not only can JBrowse can now open BigBed files both locally, and over the web, but it now natively displays BED-type thick/thin features and feature blocks rather than converting them to GFF3-style feature hierarchies. This makes both BigBed and BED fast and responsive. The new BED glyph will also use each feature's RGB color if it has one.

There are many more features coming that enhance JBrowse's compatibility with UCSC-format data, stay tuned for future JBrowse releases!

As always, read on below the fold for the full release notes, including minor improvements and bugfixes.