Starting with version 1.4.0, JBrowse has an optional "faceted" track selector designed for sites with hundreds or even thousands of tracks in a single JBrowse instance. This track selector allows users to interactively search for the tracks they are interested in based on the metadata for each track.

An example of a faceted track selector in action with about 1,800 tracks can be seen here. This is an example installation containing a snapshot of modENCODE track metadata. Note that the track data and reference sequences in this example are not real (they are actually all just copies of the same volvox test track), this is just an example of the faceted track selector in action. 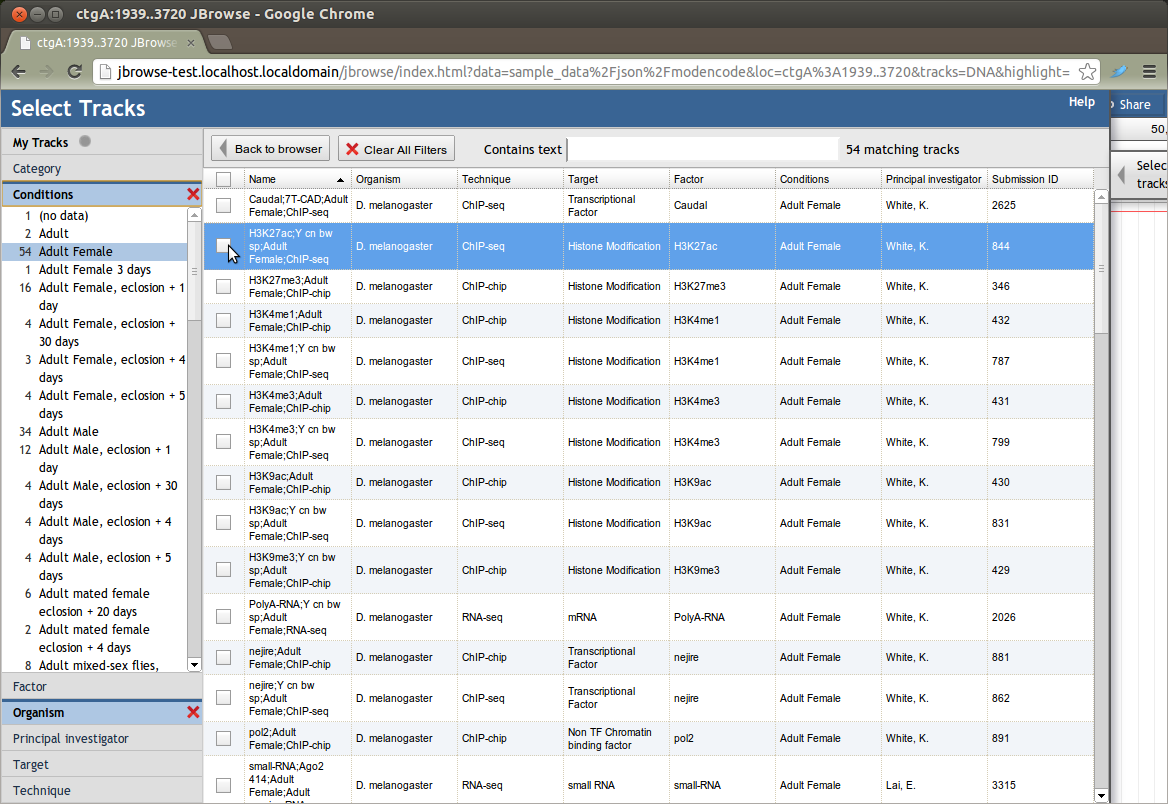 To use the Faceted track selector, you might add something like this to jbrowse_conf.json (or trackList.json, but store it outside the "tracks": [] section)

To assign categories and subcategories to your tracks, set category or metadata.category attributes on each configured tracks in your trackList.json. Starting in JBrowse 1.11.5, the category can also be read from a trackMetadata.csv category columns.

There are some other configuration variables that can be used to customize the display of the Hierarchical track selector.